Holy Week is supposed to be an emotional roller coaster. I mean, it’s the week Jesus entered into Jerusalem triumphantly, had an epic meal with his best friends, was betrayed with a kiss, put on trial and executed by the Romans by the pressure of the Jewish leaders and some of the people who were praising him, just one week earlier. That’s a roller coaster.

Add to that the sixth-monthiversary of Two Cities Church and our very first Easter service! There’s some emotion there too.

But this year, Easter weekend was marked by a life-event I never wanted to experience.

Easter Sunday I preached a message about the Resurrection of Jesus Christ and how that’s the first-fruit of the resurrection of all of God’s adopted children. But what made that so extremely personal was that as I was preaching, my mom was on her death bed and hardly responsive. She had spent the previous 2-weeks in the hospital and at one point we thought she made a turn and was in recovery mode, but then took another turn.

On Thursday night, the night before Good Friday, I got a call from my sister saying, “You’ve got to come back to the hospital. She’s ready to go home.” Which you’ve got to understand home was not her house. Home meant heaven. So Erica and I rushed over to the hospital and all I could think was, “Of course. She’ll probably wait until 12:01am on Good Friday to go home.” But she didn’t, she hung on. She hung on for my brother to fly in, for my uncle Larry, my aunt Melody, my grandma Dessa and a whole host of others to come say good-bye.

One of the most heart-breaking and memorable things I’ve ever heard was my grandma walking into my parent’s house, seeing my mom on hospice, sitting by her side and saying, “I came to go with you the rest of the way. We started this journey together, just the two of us, long ago and we can finish it together.”

Two days after Easter, on April 7, 2015 Cheryl “Mots” Foster died. My biggest cheer-leader. My go-to person for some encouragement or wisdom. My spiritual role-model. My Mots. But not just my Mots, my dad’s wife, my brother’s mother, my sister’s mother, my wife’s mother-in-law, my kid’s grandma. Our Mots and maybe even your Mots.

The last thing I ever said to her was, “I’ll either see you tomorrow or in heaven. I love you Mots.” And I really do believe that I will see her again.

I could write volumes upon volumes on my mom. Maybe one day I will. But for now, I’ll leave you with this… a video of the celebration we had in her honor this past Saturday. Here are some details.

Starting at the eulogy and to the end:

Thank you to all of you who have provided meals, support, love, lent your talent, given hugs and prayed for our family. We have felt your love and will continue on with the mission of Jesus Christ. We love you all.

When Christmas Stopped a War

An english chocolate company made me cry.
They told a compelling story that was inspired by true events in WWI.

Christmas isn’t just about sharing, but the power of this simple story is truly amazing.
The message of the birth of Jesus and what that means for the world can overcome your circumstances and bring you peace.
I hope to see you at Two Cities Church for some peace this Christmas season.
Christmas Service
December 21, 2014
10:30am
808 4th St
Clovis, Ca 93612

This past Sunday we ended our White Flag series with the song… you guessed it… White Flag. One of our Production Volunteers captured it on video. Here’s the end of the service from his vantage-point. (Thanks for posting the video, Abel.)

He took away my obsession to use and my life was changed.

Annette is a powerful story of God meeting us in our darkest moments and raising us from death to life again. I love it when she talks about getting out from under her addiction and asking God to take away her obsession to use. She says, “He did and my life was changed.” Annette is part of our Guest Services team at Two Cities Church, part of my community group and a friend. Watch her story.

I didn’t understand who Jesus was…

Donny is one of our volunteers at Two Cities Church, part of my community group and a friend. He was raised Mormon but didn’t understand who Jesus was or is. Watch his baptism story below.

Hey Fresno, let’s do something.

There is so much corruption, perversity, injustice, rage, hate, ignorance, and the list goes on… in this world. When I turn on the news all I see is violence, crime, disaster and the like. I was recently talking to a local business owner and we were expressing how we don’t like watching the news because it’s so negative.

But shouldn’t we stay informed?

I hate the news, but at the same time, it’s not the news channel I hate, it’s the stories. Everyone love’s the feel-good, every-day-hero, someone-found-a-cure kind of stories, but those are 1/100. So, in general news seems to be bad news. Ever heard the saying no news is good news? Sometimes I feel like the news outlets have it backwards saying good news is no news.

So what is a Christ-follower supposed to do with the news? Should we listen, read or watch it? Should we burry our heads and only think about the good things in life? Here’s a little bit of perspective from swiss theologian, Karl Barth (1886-1968).

[Barth] recalls that 40 years ago he advised young theologians ‘to take your Bible and take your newspaper, and read both. But interpret newspapers from your Bible.The Time article goes on to give us more of Barth’s thoughts on journalists and their place in the world:“Newspapers, he says, are so important that ‘I always pray for the sick, the poor, journalists, authorities of the state and the church – in that order. Journalists form public opinion. They hold terribly important positions. Nevertheless, a theologian should never be formed by the world around him – either East or West. He should make his vocation to show both East and West that they can live without a clash. Where the peace of God is proclaimed, there is peace on earth is implicit. Have we forgotten the Christmas message?'” (source)

I think he’s right. I love his belief that peace is a real possibility. Despite the terrible things in this world, it can be accomplished in Christ’s name.

So, what then do we do with the news?

What if, instead of watching the news and being victims of the world around us we decided to do something. What if we did something to make news? What if we were the news makers, not the news watchers? What if we didn’t let the broken nature of our world hold back our efforts to expand the borders of the peaceful kingdom of God?

You have an opportunity to Do Something.

You see, we have bad news here locally. We have elementary-aged kids who don’t eat on the weekends. They are the least of these. Some are homeless, some are transient, some are immigrants, some are the kids of drugs users, dealers or prostitutes. These kids didn’t choose their circumstances, their circumstances were determined by the choices or circumstances of the families they’re born into and many of them don’t have food at home.

The last meal they eat is supplied by the state on Friday’s at lunch, they come back on Monday’s and eat again. That’s not right.

Fresno, let’s do something about it.

You don’t have to do much. Movements are fueled by masses of people doing significantly small things. There’s a movement beginning. It’s called Fill A Belly. For $20 a month, you can help feed two kids from our own backyard every weekend for as long as you give. Fill A Belly is run by a new non-profit in town called Feed our Future Fresno.

Here’s how you can help:

I don’t care what side of Willow you live on. We are all a part of these two cities and if you claim to follow Jesus you’ve got a responsibility to do something, to contribute, to leave it better than you found it. You may have another way you are contributing, but if you’re not or if you can scrounge an extra $20 a month, together we can start a movement that changes the future our of chronically hungry kids.

Do for one what you wish you could do for everyone. – Andy Stanley

We love to have a great time with popular music. It’s actually one of our goals to do a popular song every week. We want to be able to connect with anybody who walks in the door right away through music. It’s part of our church-plant culture. This past Sunday was no exception, we played Gone, Gone, Gone by Phillip Phillips. Enjoy Paul Haugen and Jill Douty singing together during rehearsal before service.

You can play our entire playlist here on Spotify or download them on iTunes.

Our next service is March 16 at 5pm, for details click here.

“You’re going to hear me roar.” That’s a proclamation that I have resolve. That I’m here to do something. Kind of like Nehemiah, “I am doing a great work and I cannot come down.” [Nehemiah 6:3] That’s what last night was all about at Two Cities Church. We had a blast at our 3rd preview service for Two Cities, a church that hasn’t even launched yet. Our volunteerism was up and our kids keep multiplying. We opened up an environment for elementary aged kids called UpStreet [small group edition]… it’s in BETA, but went really well last night.

After services there’s usually a text train that follows where people from our team send me all the great things that happened that night, the wins from the evening. But yesterday, one of my favorite wins was on Facebook, in the form of a review. Here’s what Daniel said after coming to catch a Glimpse of Two Cities Church.

So i FINALLY got to A Glimpse of Two Cities Church tonight.. Was GREAT to see some old friends.. Paul Haugen, Tim Douty, Jill Douty, Darren Grubel andMicah Foster. They are doin it UP at Two Cities Church… If you do not like to go to an established church, a Big Church or are just looking for something new.. Check them out..Be WARNED…. Youre NOT going to want to leave…

Being a Music guy, Jill, Paul and Tim were AWESOME as always… They did the song by KATY PERRY – ROAR and SHE NAILED IT… I was SO impressed, as always…

You GOTTA check them out….

Next “GLIMPSE” is February 9th at 5:00pm at The Clovis Veterans Memorial Building.

If you dont want to go alone.. Let Me know..
-Daneil Roberto

Below I posted an album I shared on Google+ and it includes a short video from rehearsal with the song ROAR by Katy Perry. We opened the service with it and I gotta say, it was my favorite opener so far. Enjoy these candid shots and two videos. 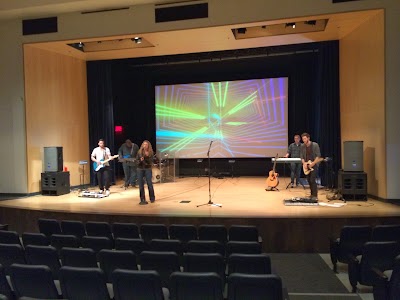 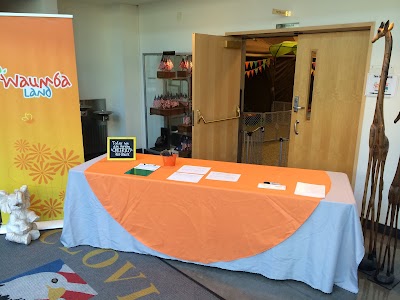 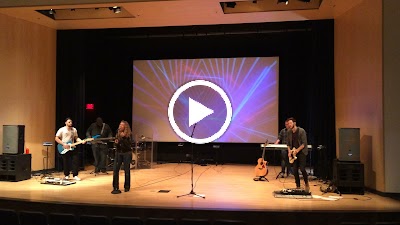 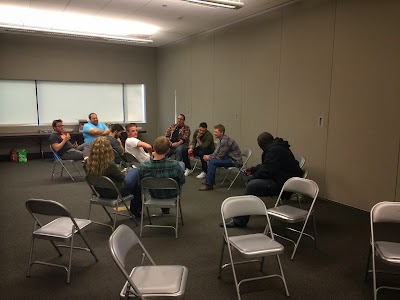 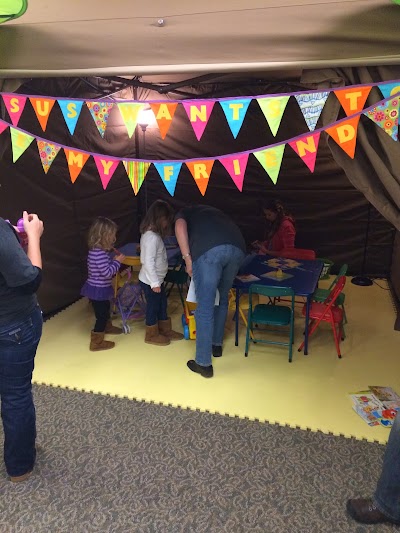 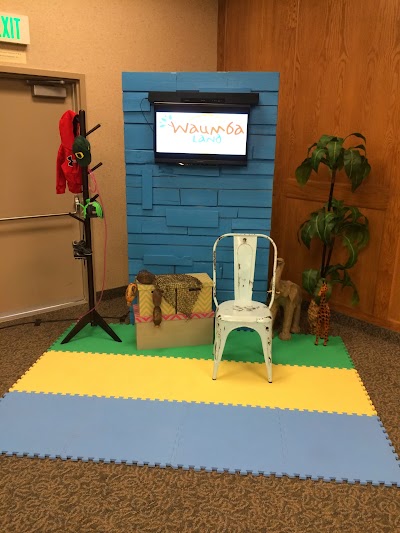 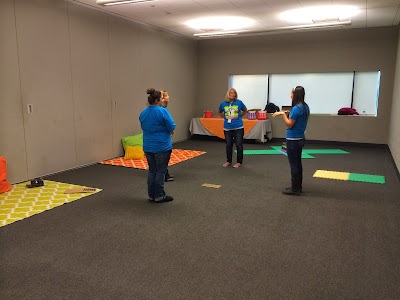 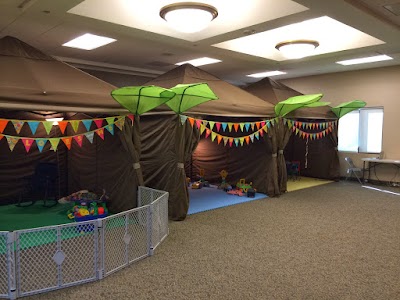 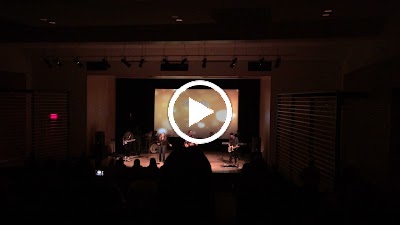 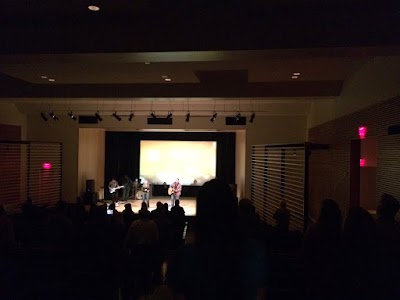 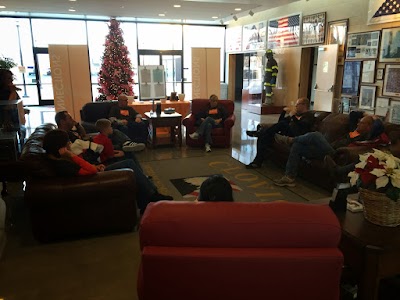 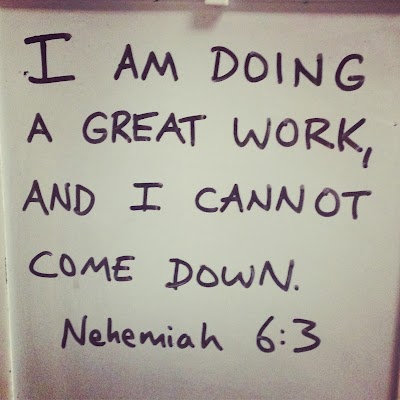 On Nov 22 Two Cities Church had our first ever Baptism Gathering. Cady Hurtado and Mauro DeBenedetto went public with their faith in Jesus Christ and boldly proclaimed Him as their Lord and Savior. Videos will follow later, but here’s a few pictures from the evening. Most of these were during the video shoot or rehearsal, but you get the idea…

If you’re interested in baptism, reach out, let’s talk.